Congratulations to the wining team at the Surrey Horticultural Federation's 2021 Quiz on Sunday 8th November. 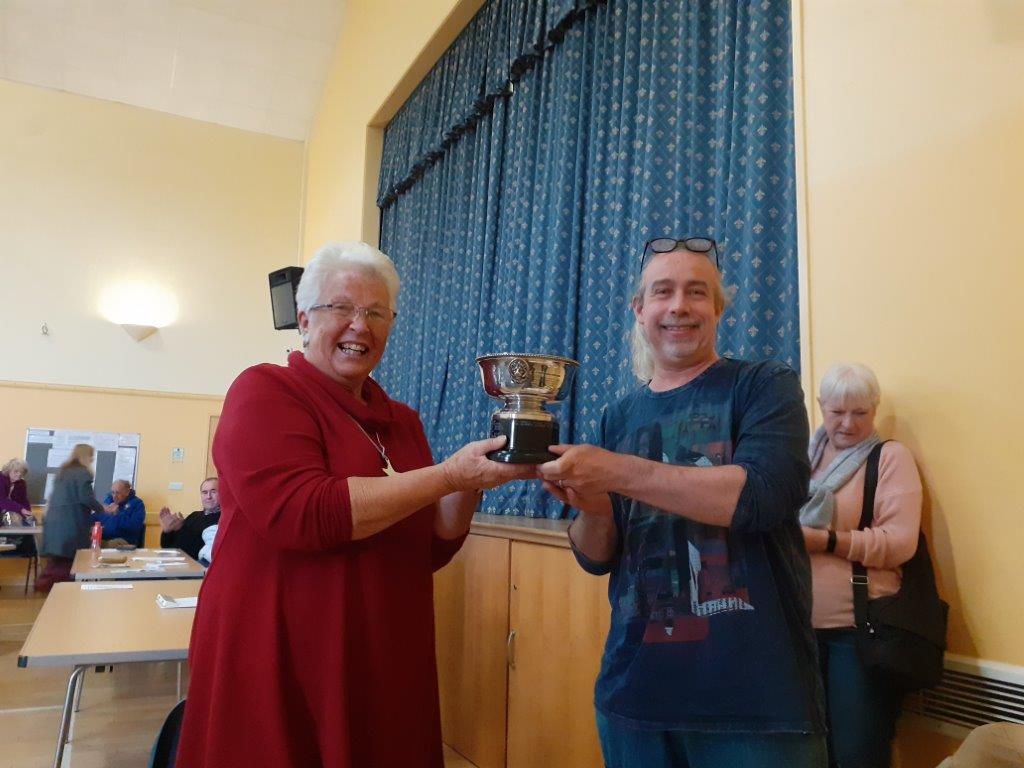 Yesterday afternoon at the SHF's AGM and Quiz the Surrey Group entered two teams into the annual quiz against other horticultural groups and societies across Surrey.  The quiz was set by John Negus who gave us a rather splendid Zoom talk 'Shrubs of Distinction' in April this year.

Our second team consisting of Wendy Bentall, Nina Gardner and Sid Clough did rather well and came tied in fourth place.  But, winning on a tie break question, was our team consisting of Virginia Lloyd-Owen, David England and David Ford.

The team won a rather nice cup, presented by Janet Arm the new Chair of the Surrey Horticultural Federation, and a cheque of £30 for The Surrey Group.

Our congratulations to all!