The Brickell award recognises the vital plant conservation work undertaken by Collection Holders to secure plants in cultivation, for example through the rediscovery and propagation of lost taxa, and is awarded to those considered to have demonstrated excellence in this field. 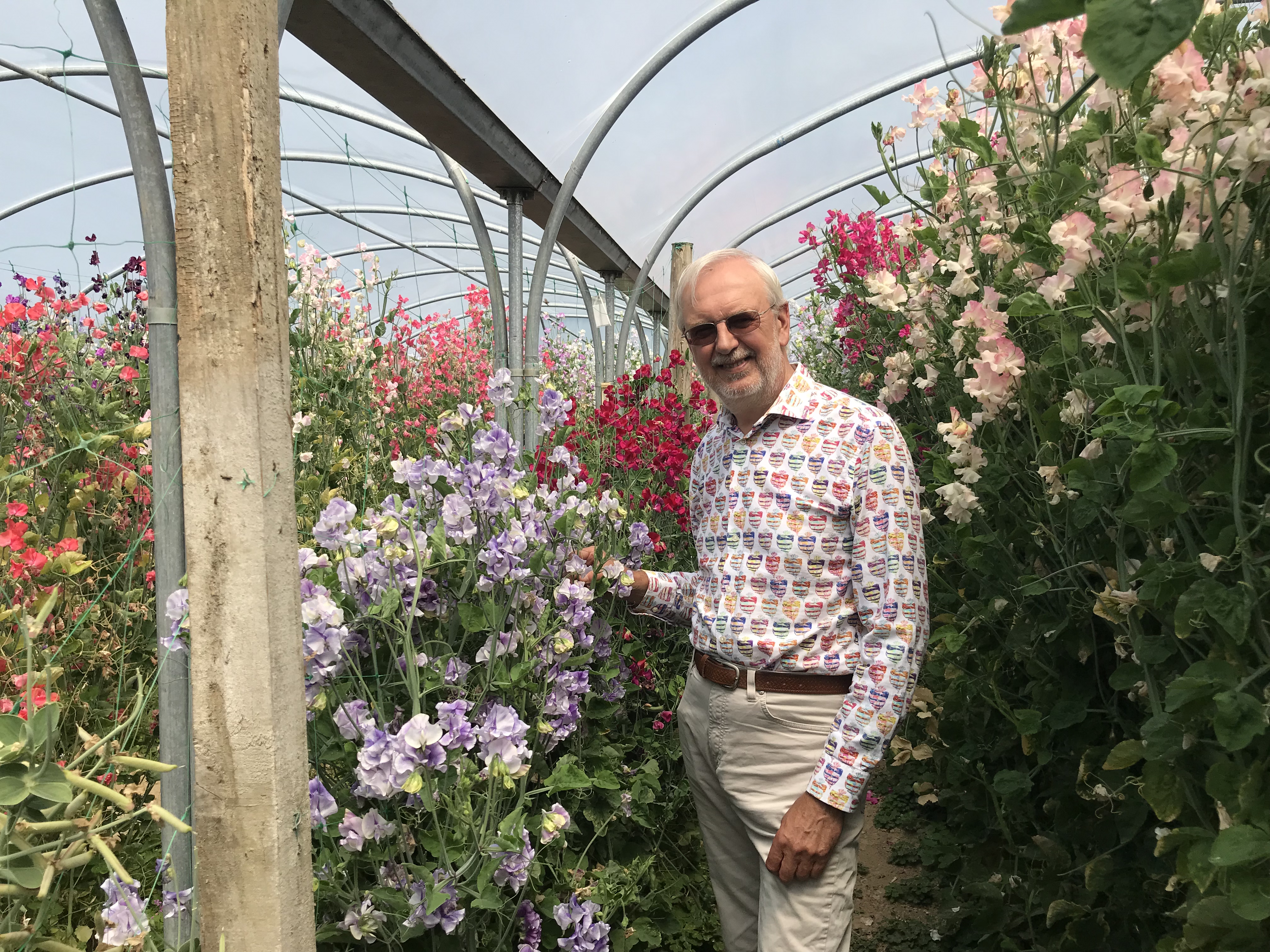 Chichester based Roger began growing sweet peas in 1985 and started collecting Lathyrus species in 1991. Recognised as a National Plant Collection in 1993, it was initially based at Hotham Park, Bognor Regis, West Sussex when Roger was Head of Parks and Landscapes at Arun District Council. He started adding Lathyrus odoratus cultivars to the collection in 1998. Following retirement from Arun District Council in 2005 Roger and his collection moved to Bracklesham Bay.

The collection, which originally numbered in the hundreds now covers approximately 69 species and 1400 cultivars. This has been achieved by sourcing material from across the world, including Australia, New Zealand, Japan, Europe (particularly Latvia) and the UK. In many cases extensive work has been needed to confirm the identity and naming of different cultivars over several growing seasons.

Lathyrus ‘Prince of Orange’, a variety introduced by Morse in 1928, was thought lost to cultivation. The name had been used for an earlier cultivar grown by the Hemus family at Holdfast Hall, Worcs. a century ago. Roger managed to obtain seed thought to be this variety from a source in Canada and has subsequently been able to confirm its identity as the Morse cultivar and bulk it up.

A frequent contributor to National Sweet Pea Society publications and to the Sussex Plant Heritage Journal, Roger has also had numerous articles published in national newspapers and garden magazines. He is currently compiling a register of Lathyrus cultivars with potential to become an International Cultivar Register. It currently lists 6,500 epithets. In addition he is writing a Lathyrus monograph (jointly with National Collection Holder Greg Kenicer) to be submitted to the RHS.

Roger believes that the best way to conserve a cultivar is for people grow it. He therefore offers the largest selection of cultivars in the world and promotes types of Sweet Pea not available elsewhere. Roger’s daughter Frances joined her father in 2018 with a view to maintaining and developing the business for the future.

Plant Heritage works to conserve the nation’s garden plants for people to use and enjoy today and tomorrow.

We are a charity – please support our work by becoming a member, or donating to support the National Plant Collection Scheme

Our pioneering Threatened Plants research helps us identify plants at risk of disappearing so we can aim to put conservation plans in place to protect them.

Our members are working together to grow, share and save the diversity of garden plants. They can become Plant Guardians® who grow and nurture one or more rare and unusual plants in their own house or garden. They can take part in our annual Plant Exchange, hard-to-find plants are shared for free to members across the nation.